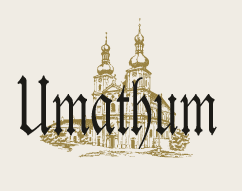 The landscape of north Burgenland is shaped by the impressive stretch of water, the Neusiedler lake. Frauenkirchen, already documented in 1342, lies in the northern part of the area, near the eastern shore of the lake.

Wine in northern Burgenland has been cultivated for over 3000 years. The Celts are responsible that the region round the Neusiedler lake is one of the oldest wine growing areas of Europe.

The name Umathum is Frankish in origin. The Umathums first settled in the region of Lake Neusiedl during the reign of Maria-Theresa. (18th century) Wine-growing has always played an important role in the Umathum family history. Until the early 1970’s the family delivered its harvested grapes to a cooperative, but later began to bottle their own wines.

Until the 1980’s, the firm was producing a variety of agricultural goods. Today, wine-growing is the company’s central focus, though it does still remain active in other fields. Director Josef Umathum, born in 1960, has been in charge of the firm’s wine-growing division since 1985.

Umathum operates under clear structures and principles of organic agriculture, after the philosphy of Rudolf Steiner. The aim is to bring mature, healthy and undamaged grapes into the cellar, and therefore the grapes are only hand-picked. Cellaring is undertaken with great care, and the wines are matured mainly in wooden barrels.

The high-quality wines are released after minimum three years of maturation.

The focus are careful tending of the soil, considerate treatment of the beneficials, and maintenance of biodiversity.

Umathum are focusing intensively with the selection of indigenous Austrian grape varieties – Sankt Laurent, Zweigelt, Blaufränkisch. In the selection (of varieties) the greatest value will be placed on gentic diversity and good adaptability of the plants – grapes which in the last decade have stored within themselves “Nature’s Conscience”. These “intelligent” grapes are better suited to the soil and climate conditions.